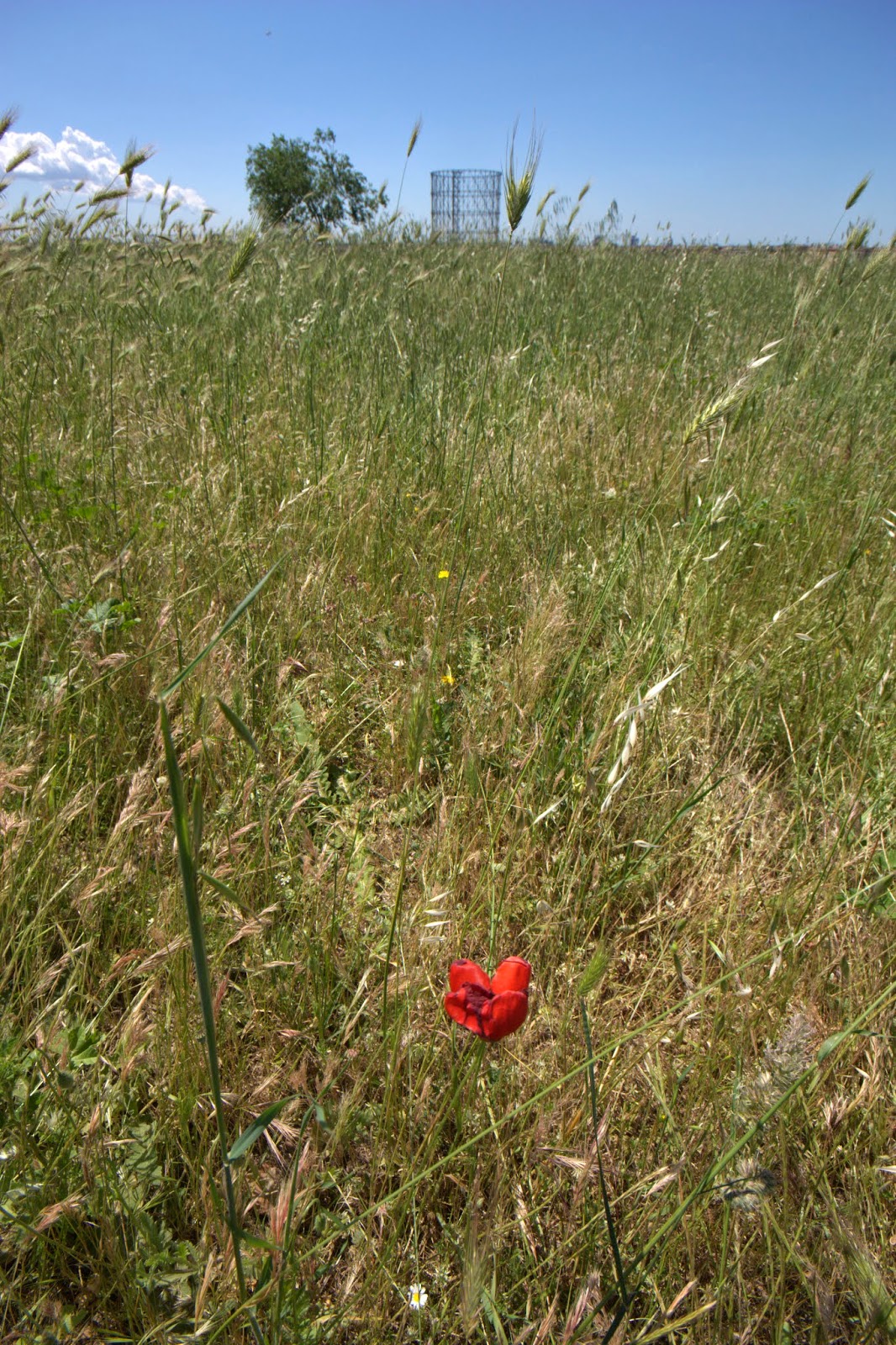 It is a mountain in the middle of a low-lying plain that is the neighborhood of Testaccio.  On top, where I walked with a group of fellows from the Academy a few days ago, there are wildflowers and grasses that sway in the wind. Trees have grown up on the edges of the hilltop and frame views across Rome on all sides.  It has the making of a lovely park.

It is all artificial.

The whole twenty-thousand square meters of his hill are made up of broken amphoras -- millions and millions of amphoras broken and stacked up starting in the centuries before the Common Era.  Amphoras from Spain and North Africa, bringing olive oil, fish sauce, and many other commodities, were transported to Rome, unloaded at the docks in Testaccio (this is before the larger port at Ostia), and then carried in other containers into the city.  (The debate about who has the better olive oil, Italy and Spain, rages today, and there have been several exposes about Italian olive oil really coming from Spain.  But two thousand years ago most oil was imported from Spain).   The empty amphoras were deemed unusable and were broken into small sections and stacked carefully.  Over a few hundred years, archaeologists estimate there are up to 200 million amphoras stacked, creating a mountain that was once a good bit higher than its current 115 feet height.

Think of it very much like today, where we buy a plastic bottle of water, use it once, and then throw it into the garbage.  (I know none of the readers of this blog do that (!), but it does happen, millions of times a day).  Monte Testaccio is testament to the consumer throwaway economy of the Roman empire,  where goods were drawn from its empire to fulfill the expanding desires of the capital.  Sound familiar? 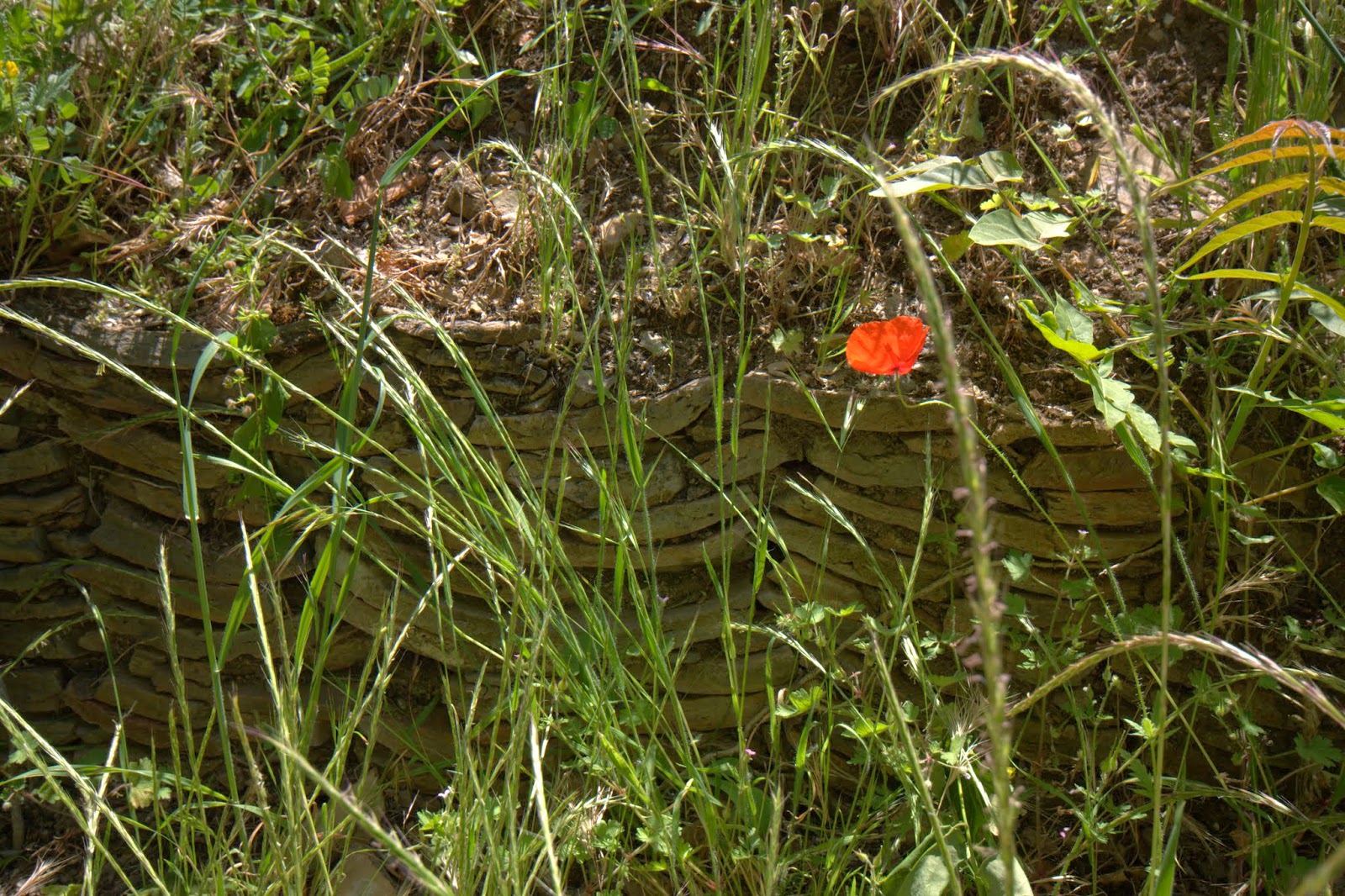 These sherds were stacked not by some modern archaeologists but by those who maintained this city dump, two thousand years ago. 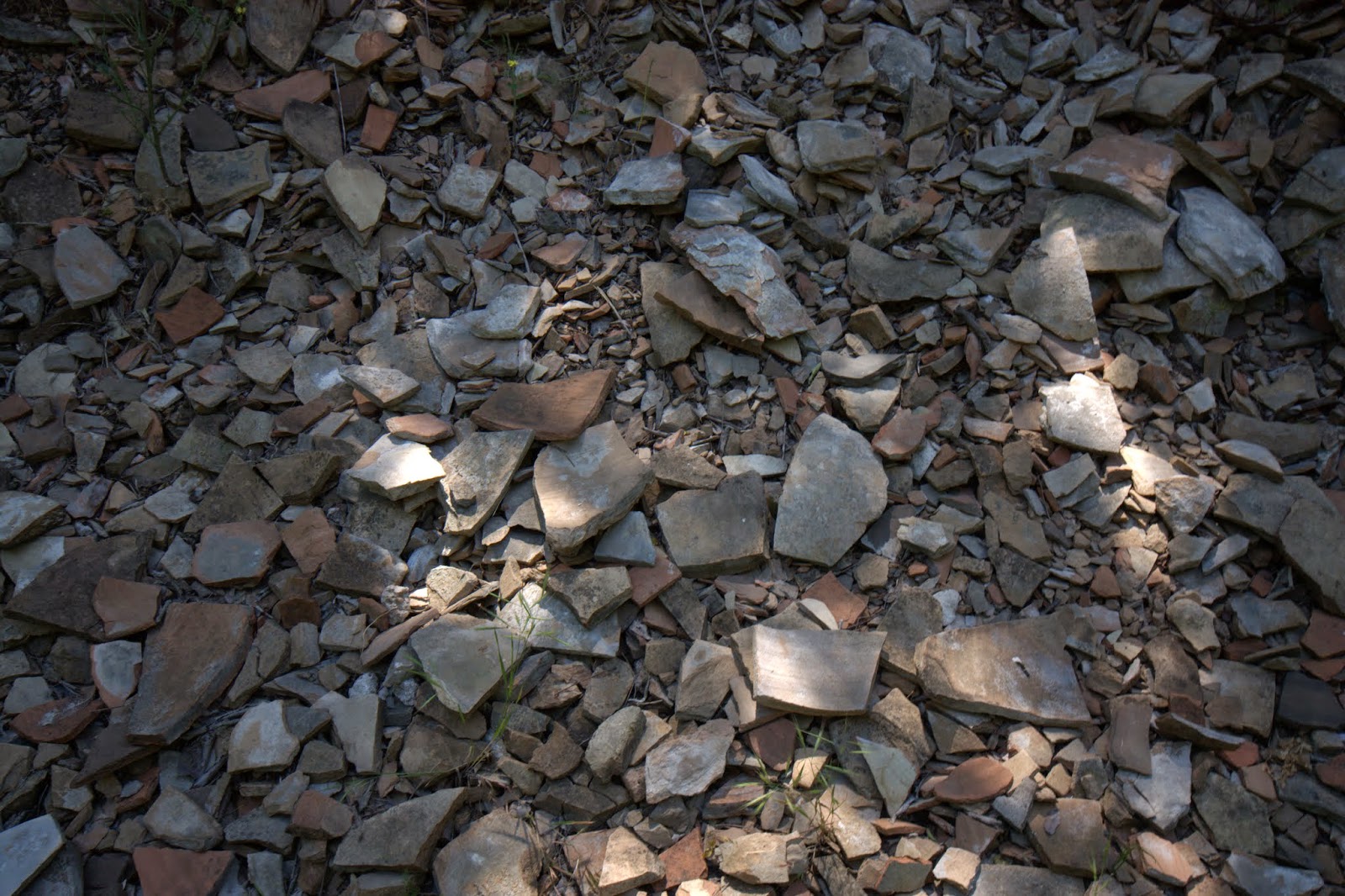 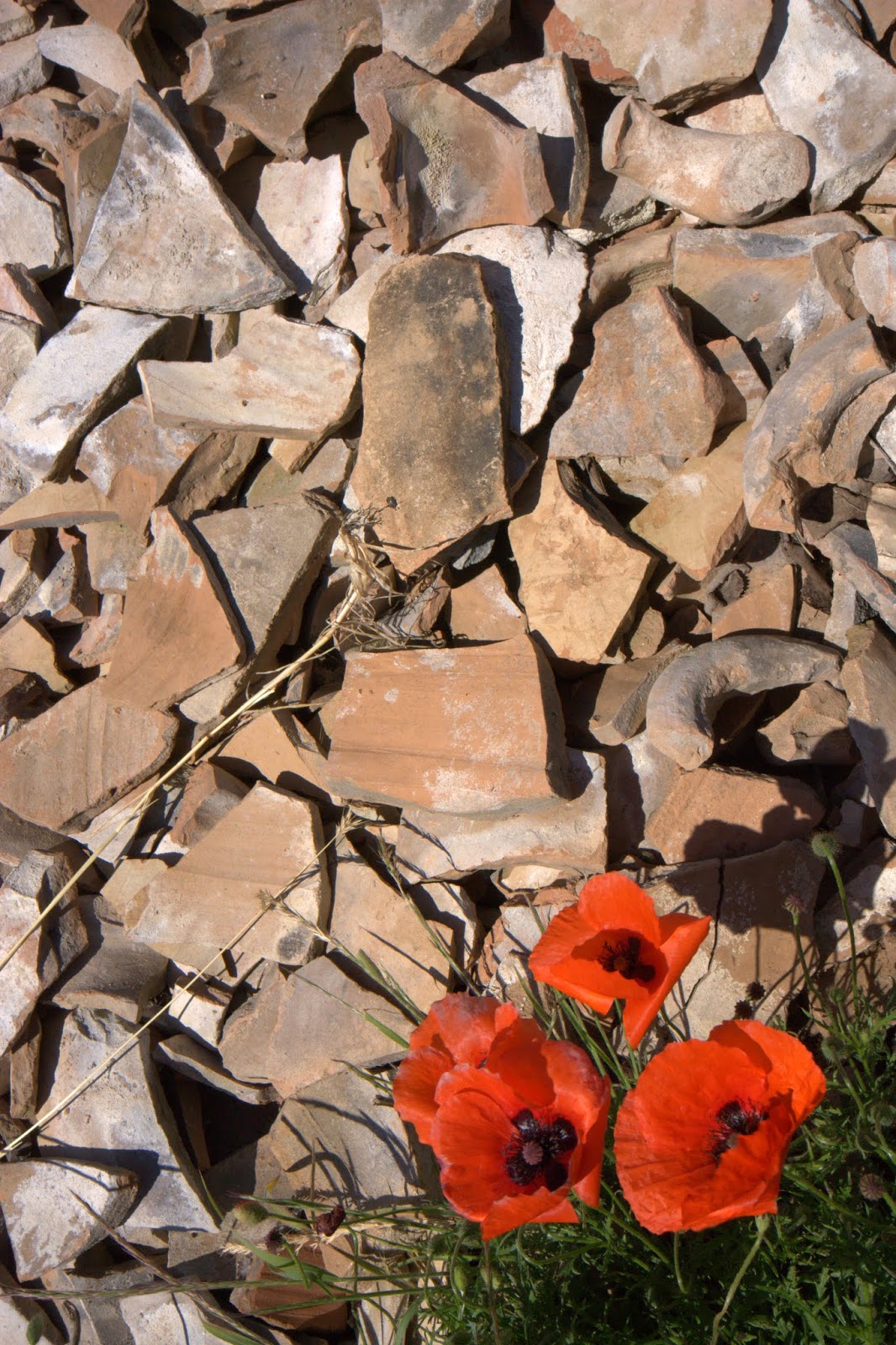 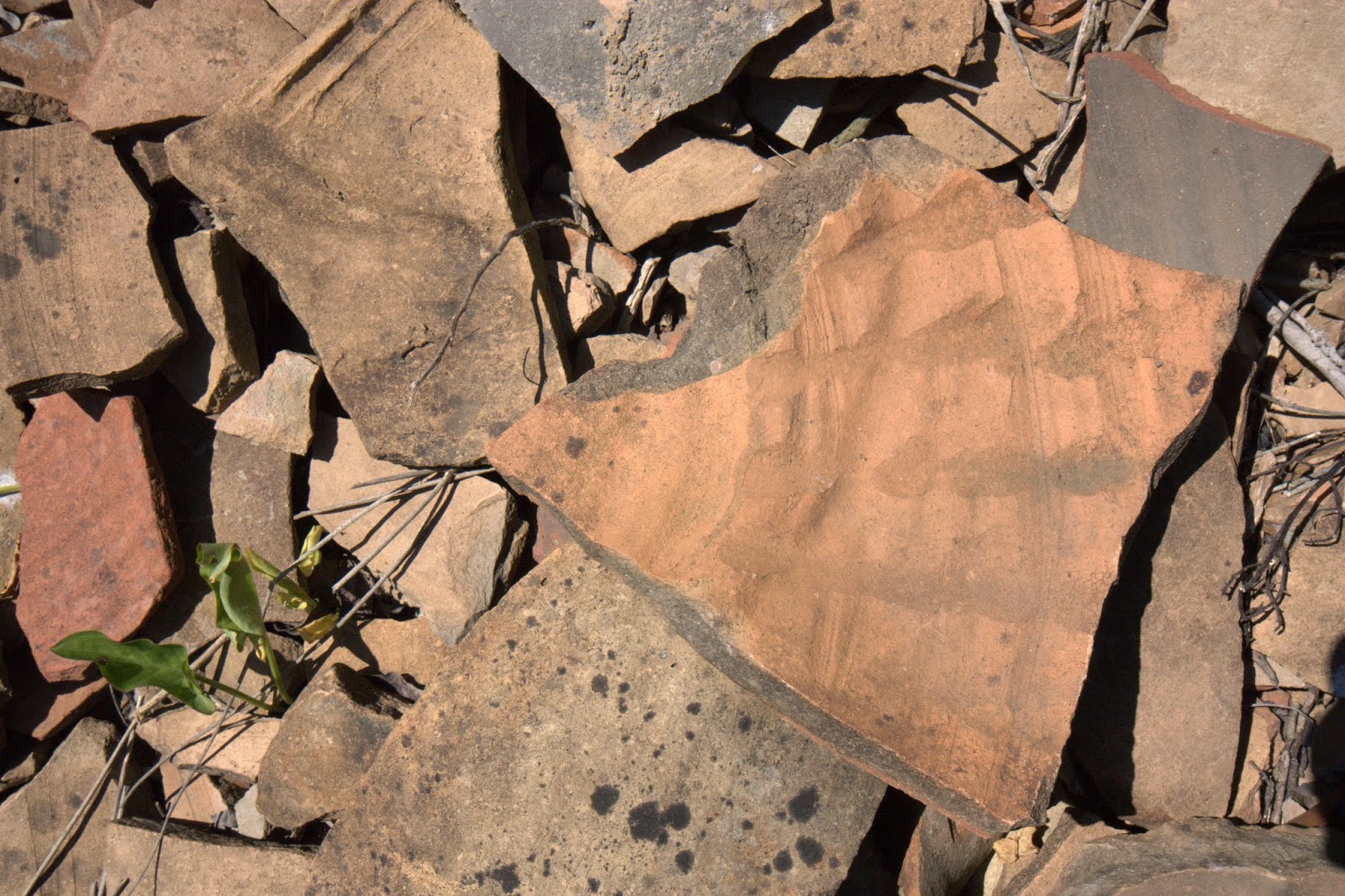 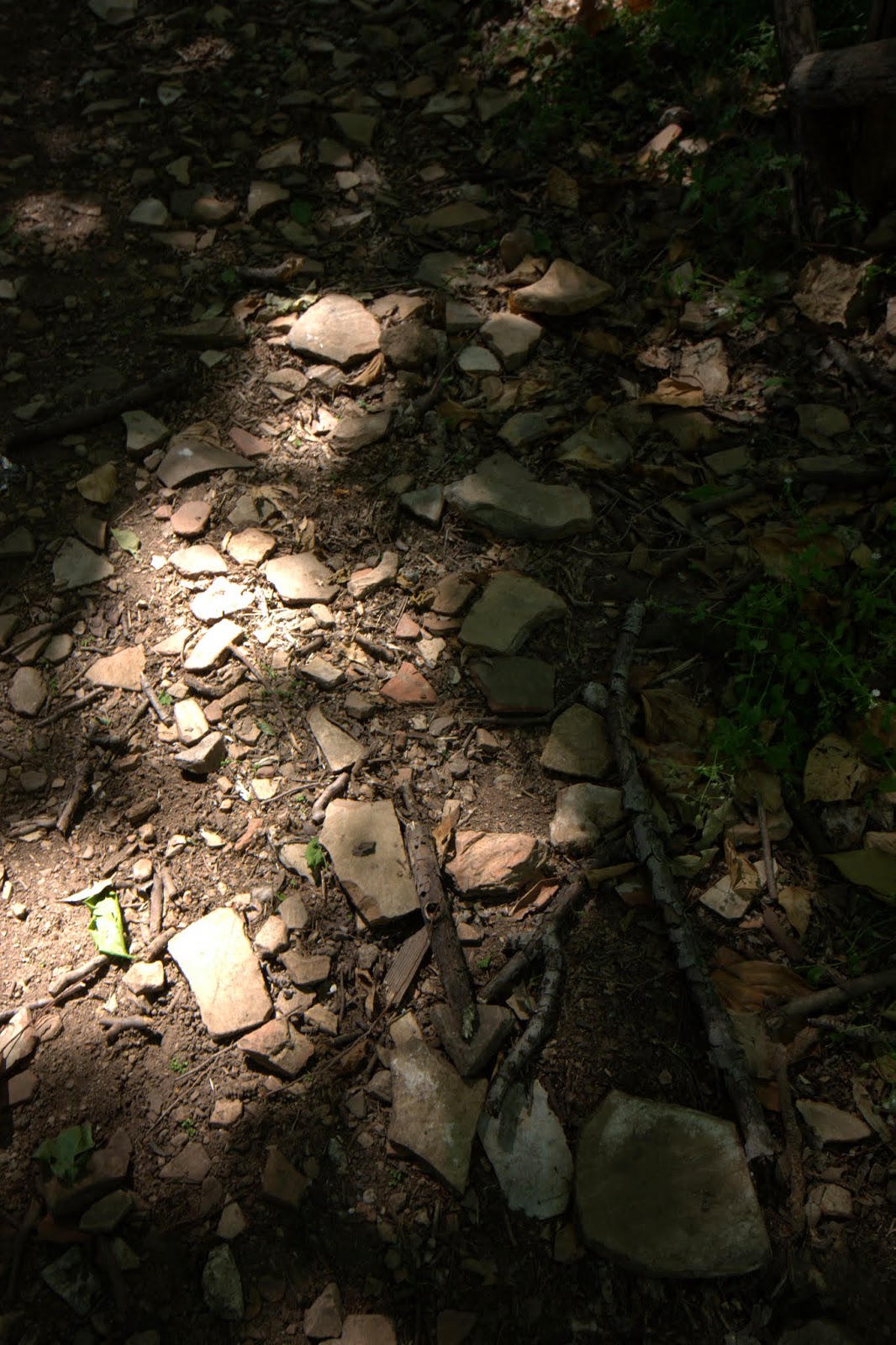 Note: Much of this information comes from the invaluable Rome: An Oxford Archaeolgoical Guide, by Amanda Claridge.
Posted by Max at 5:57 AM